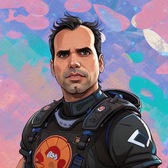 I hope you are doing great this week, I'm doing a diet to lose 10 pounds to be able to gain them back during Thanksgiving; wish me luck 😅.

Oh! before I forget I also did 2 live streams about Knative and Certified Kubernetes Security Specialist (CKS)

This week I was interviewed on the Red Hat Developer youtube channel, we discussed Knative and answer questions from the audience.

Highlighting the Value of Knative for the C-Suite - Knative Deploy faster and more cost-effectively without hard-to-find, specialized expertise.

What the Arrival of IPv6 Support in Kubernetes Means for You

Cloud Observability trends 2021 - Civo.com — www.civo.com Observability plays an important role in in the cloud native landscape. What should we be looking for when monitoring and observing and what applications can help?

Earlier this week, we unveiled our vision for MangoDB, the Truly Open Source MongoDB Replacement

Read What I've Learned From Failure | Leanpub The chapters of this book originally appeared as online essays and blog posts. I decided to publish these essays as an e-book as well as online. This format doesn’t replace the original online essays, it’s a way to present these essays in a more coherent whole that’s easier to read consecutively. I hope you like it.

Automation Doesn’t Just Create or Destroy Jobs — It Transforms Them — hbr.org Three questions firms should ask themselves when deciding whether to automate.

Breaking Tradition: The future of package management with Kubernetes with Carvel and kapp-controller